How to choose a photo relay for street lighting

A man has always sought to facilitate his work – he invented a wheel that allowed him to easily endure heavy loads, then a car capable of moving it in space over fairly long distances, an automatic washing machine that independently erases and wringes things out. It even came to the point that the light on the street began to turn on and off as if by magic – with the onset of twilight, the lamps light up, and when the sun rises, they go out. This happens due to the photo relay for street lighting or, as it is also called, the twilight switch.

The principle of operation of the photo relay

The principle of operation of all photo relay is based on the operation of the photosensor, which controls the level of illumination on the street. This sensor can be remote, that is, located outside the relay housing, and built-in (photo relay and sensor are mounted directly in the switchboard). Remote photocells must necessarily have a robust housing with increased performance in terms of environmental protection and tightness.

The photorelay is also equipped with a potentiometer, which allows you to accurately determine the threshold for switching off and on. And so that the whole system is as much as possible protected from false positives (hooligans have not yet been transferred to Russia), special devices are built in the photo relay from possible interference. High-quality equipment that has all the certificates will work only if a certain time elapses from the moment the conditions set by the master. 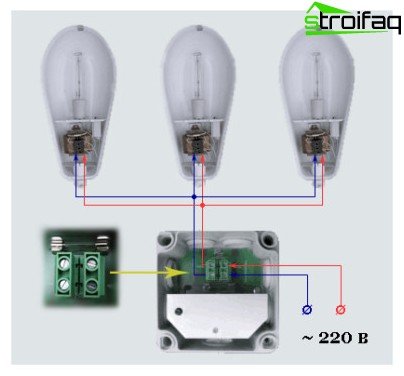 If desired, it will be possible to set the range of sensitivity of the photorelay to light, which is most suitable for the conditions of its placement. For example, if the photo relay is installed on the porch of the house and it is summer, then the range of its operation will be different from the relay that is located in the garage or in any other room. That is, the device can be programmed based on the light intensity.

A switch is integrated in the housing of almost all photo-relays, which allows you to manually turn the device on and off, giving it a small “respite”. And some models, among other things, are equipped with a timer that turns off the relay at a certain (programmed) time so that the equipment does not work in vain.

The figure shows a photorelay scheme for street lighting, which responds to changes in lighting intensity. Here, an indicator LED is used as a sensor, operating on the same principle as a photocell.

LED (in this case, HL1) – this is the photocell that produces a voltage proportional to the intensity of the light incident on the crystal. The circuit also has a constant voltage source R1-R2, which allows you to adjust the sensitivity of the photo relay, because different LEDs have different light sensitivity.

Resistor R2 controls the initial voltage VT1, summed with the voltage generated by HL1. It is this element that allows you to adjust the threshold for switching the photo relay.

Depending on the scope and specifics of the photo relay, there are several types:

In addition, there are several types of equipment that are used in fairly narrow industries and in the extreme north.

Devices with a photocell inside the case

This type of street photo relay allows you to turn on the light after dark and turn it off at sunrise without human intervention. The case of the device, although it is transparent, reliably protects the photocell from harmful environmental influences.

With internal photocell and timer

This photocell for street lighting, in addition to the advantages described above, has another clear advantage – the ability to control the illumination depending on the time of day. Using such a device, you can set the resolution time of the photo relay. The device will turn on for the allowed period of time when the light level is lower than the value that was set. If the light level is higher than the set value, the output will be turned off. It will also be turned off even if the timer is outside the allowed period.

Timers, in turn, are also different. Some devices are equipped with day timers, while others are equipped with weekly and even annual timers, and for the latter, the allowed relay operation period can be set different for each day, or it can be oriented on several days at once, for example, on weekends. 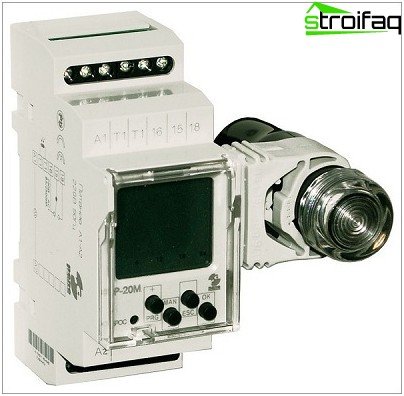 Photo relay with a weekly timer: allows you to program the operating mode of the device for a week in advance, vary the parameters, highlight, for example, weekends

This type of relay has a similar operating principle as the two previous ones, however, on the bottom side of the case it has a small “handle”, the rotation of which regulates the threshold of the photocell. If you turn the regulator in the positive direction, the light will turn on even with slight dimming, for example, during a thunderstorm or in cloudy weather. If you turn it in the direction of the minus, the device will only work when it gets dark. 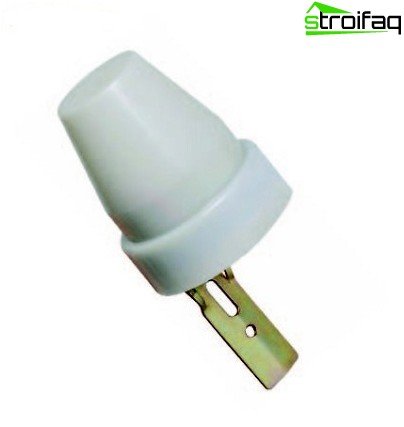 Photorelay with adjustable threshold, due to which it is possible to adjust the parameters of the device

Thus, this device will allow you to control the relay depending on the season and weather conditions inherent in a particular area.

Such a device allows you to place the photocell separately from the main relay unit. The maximum distance of the first from the second can reach 100-150 meters. The unit itself is mounted in an electrical panel. 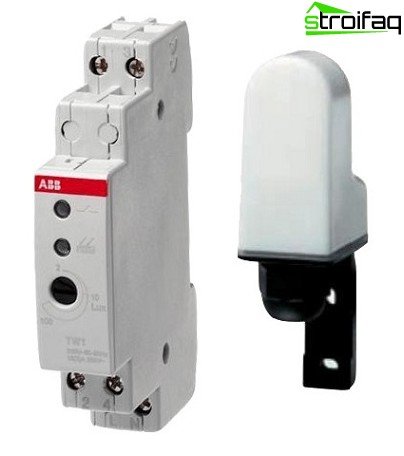 Photocell with remote photocell: the advantage is the ability to install the main component of the device in a protected room

First of all, focus on your own needs and opportunities, and also proceed from the conditions in which you live. So, a relay with adjustable threshold is an ideal option for both summer cottages and multi-family residential buildings. This device will significantly save money on paying utility bills for electricity, because it can be regularly adjusted depending on the time of year.

A relay with a built-in photocell is good in that it is easy to mount, and this event does not have to be charged to electricians – almost everyone can cope with the work. But a device with an external photocell will require some skill and certain skills, but it is perfect for large industrial enterprises, warehouses and other similar establishments..

A relay with a timer, although it costs slightly more, will also save a lot on bill payment, because it can be programmed to fit your needs and requirements – the device will only work when you want it, and not when the Sun and Moon want it. It will not only turn on according to the time set by you, but also work in the mode that you need.

The photo relay is a universal device that will free your hands and thoughts. He himself will turn on and off the light, respond to changes in light levels, take care of your safety. In addition, the device can be supplemented with a motion sensor, which instantly “notifies” the relay of the approach of a called or uninvited guest. This small detail will turn your home into a real fortress, cozy and welcoming..