How to calculate grounding

The issue of grounding of household electrical equipment to most ordinary people seems secondary and optional, because not so long ago, the installation of a grounding wire was not even provided for in the electrical wiring of houses. Nowadays, the number of household electrical appliances in each family has increased significantly, their energy consumption has increased, which means that the load on the power grid has increased. To ignore the obvious would be the height of irresponsibility, therefore, modern electrical safety requirements regulate the rules according to which all household electrical appliances with a capacity of more than 1.3 kW are subject to protective grounding. Thus, even if grounding is not provided for initially, it should be equipped with its own resources, which, first of all, provides for the calculation of grounding. It is important for anyone who has encountered a similar problem to understand the essence of what is happening, because if the calculation of grounding is performed online by a program on a computer, this calculation will not add understanding to the basic principles of electrical engineering to a simple user. The user responsible for the life and health of their loved ones will undoubtedly benefit from the information below. It will help to establish itself in the necessity of arranging grounding, which ultimately will avoid unpleasant and dangerous moments during the operation of electrical appliances in everyday life. Consider the necessary calculation formulas, try to understand the specifics of the issue in more detail.

During the operation of electrical devices, a voltage appears on their conductive housing due to the passage of current through the windings of transformers or electric motors. Even if the case does not have a direct connection to the power line, voltage is generated on it, caused by the electromagnetic field from such currents. In order to divert voltage from the body of the appliance, it must be connected to the ground, that is, ground.

Consider a computer grounding calculation – an example of the work of the Elcut program.

As you can see, the program performs the calculation of grounding masterly, but first you need to understand the features of the program.

Consider the technical feasibility of grounding as an example of the operation of modern televisions and surge protectors. Modern televisions have emergency shutdown devices for overvoltage, grounding is required to ensure its operation, otherwise the device will not respond to exceeding the permissible voltage parameters, which will cause damage to an expensive device. Surge protectors for connecting computers also require an earthing device for efficient operation, otherwise the filter will work as a simple extension cord. 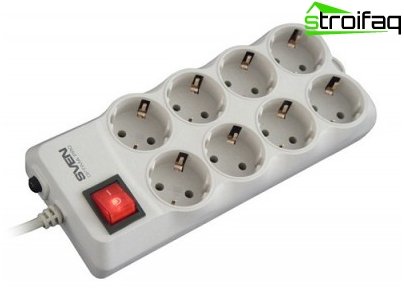 In addition to the technical need for grounding, there is a more important task – the safety of electrical appliances. For clarity, we consider a common situation: the refrigerator is near the battery, the appliance is not properly grounded and a small voltage has appeared on the case, about 50-100 V, an adult who touches the case may not even feel any discomfort, but if the case If the appliance is touched by a child, while touching (accidentally or intentionally) a central heating battery, it will be between a grounded conductor (battery) and a voltage source (refrigerator), as a result, the electric circuit will be closed through the child’s body. The passage of current through the child’s body can lead to irreversible consequences, so the protective grounding device must be taken very seriously.

In modern high-rise buildings, grounding is not difficult. The wiring in such houses already includes a grounding wire, laid in parallel with the power line. For the safe operation of electrical appliances, it will be enough to install and correctly connect a three-pin outlet. 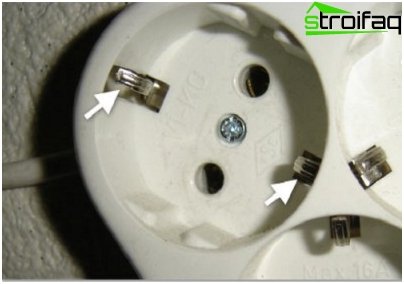 In those houses where grounding the outlet circuit it was not provided during construction, it can be done with your own hands, if the shield with counters is in the stairwell entrance. In such a shield, a ground wire or zero (depending on the power supply scheme of the house – four or five-wire) is connected to the metal housing of the shield, to connect to it you only need to find a free terminal on the housing. In this case, the rule must be observed – each ground wire must be connected with a separate screw.

But it is unlikely that it will be possible to arrange grounding or grounding in the old “Khrushchev”, the use of a working neutral wire for the purpose of grounding is prohibited, for this a separate ground electrode is required. As grounding conductors, natural conductive structures that have direct contact with the ground and specially created devices called artificial grounding conductors can be used. Natural grounding can be: foundation reinforcement, water pipes (except for the heating system), the outer metal sheath of armored cables (except aluminum). Artificial grounding devices are vertical and horizontal. That is, to be produced in the form of metal rods driven into the ground, welded together by a conductive strip, or in the form of metal electrodes laid horizontally in the ground, below the level of soil freezing.

For an effective grounding device, it is necessary to make preliminary calculations, the main numerical parameter of the grounding loop is its resistance, modern electrical installation rules regulate its value not more than 8 Ohms in a network with a voltage of 220 V and 4 Ohms at a voltage of 380 V. These parameters of the loop resistance must be observed during all seasons. Naturally, with a lower voltage, a larger value of resistance is permissible, since the task of grounding is to ensure the safety of people in contact with the housing of the installation in case of phase voltage. 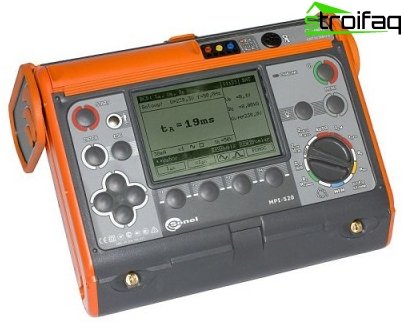 Ground Loop Calculation made on the basis of measuring the resistivity of the soil, this is a characteristic that determines the level of electrical conductivity of the earth. The specific resistance of the soil depends on its density, chemical and mechanical composition, temperature and humidity. It can be seen from this that this indicator will significantly differ under different weather conditions and at different times of the year, therefore, the largest seasonal resistivity indicators are taken for calculations. 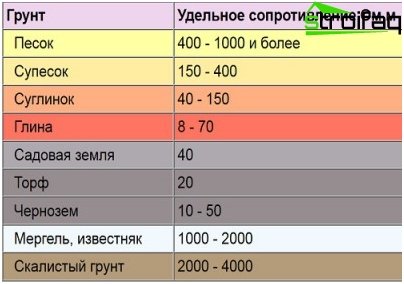 Calculation of the resistance of a vertical single ground electrode system is carried out according to the formula:

ln is the natural logarithm

d is the diameter of the rod (m)

To calculate the resistance of the ground electrode consisting of several identical rods and located at the same depth, the following formula is used:

R₁ is the resistance of a single rod (Ohm)

N is the number of rods in the grounding

The coefficient of mutual influence of the electrodes depends on the distance between the electrodes, remember that it should not be less than their length. The optimal distance is 2.2 times the length of the rods. The connection of the rods in a multi-electrode ground electrode is made by a metal strip with a cross section of 150 mm2.