How to make a lightning protection of a private house

Lightning have great destructive force,is a big problem for mankind since ancient times. This is one of the most dangerous phenomena of nature, which poses a threat to human health and life, as well as their property. As technology advances and the emergence of various wireless equipment increased risk of being struck by lightning. At the same time, modern scientific developments successfully fight it. When the sky looming storm clouds and lightning pierce, warning and intelligent person will not be afraid of them, because he had already defended their homes against their direct hit. So, a good host is required to take an interest in how to produce lightning protection of a private house, it will not neglect this simple and at the same time ingenious invention of mankind.

It is important to know the nature of occurrence of lightning. And based on this protection system.

Lightning is not only fascinating, but also verystrong and terrible phenomenon. This pulse of electrical current, resulting from the accumulation of electrical charge in thunderclouds. Current may reach 200,000 A. However, such a lightning are very rare, more common lightning power up to 100,000 A. On the globe every second produces up to 200 lightning. And, although the probability of being struck by lightning is a very small house, it is better safe than regret later. Passing through different materials, electric spark leads to the formation of thermal energy, which is the cause of fire and destruction. Especially dangerous is the phenomenon of wooden buildings and build from this material the majority of country houses and cottages.

In this regard, the question arises homeownersthe need to protect the house from lightning. Lightning private house needed: it will protect a house against fire. Especially because the cost of the system will only take a tiny fraction of the estimate of construction.

There are two types of lightning protection systems for buildings:

Passive system - a traditional security system,consisting of the air terminal, the collector and ground. Its principle of operation is simple: the lightning rod catches discharge, sends it to the collector using the earth electrode, which extinguishes it in the ground. It is necessary to take into account the type of roofing material and the roof, so that depending on these features to choose the right type of lightning protection and ensure the maximum reliability.

The operating principle of active lightning protection is as follows: lightning arrester ionizes the air around him, intercepting lightning discharge.

The remaining elements of the active lightning protection systemthe same as that of the passive, but its radius of action is much longer - up to 100 meters. In this case, protection is provided not only the house but also the surrounding buildings. This lightning country house is very common in many countries. But it is more expensive and passive.

Lightning protection - a protective measure to ensure the safety of the buildings and the life of people living in them from the damaging effects of a lightning strike. As lightning structure used lightning.

It is a metallic conductor, whichmounted on the roof of the house for the reception of lightning. It is important to establish at the highest point of the roof. In cases where the house is very large and has a complex structure, it makes sense to install several air terminals.

Lightning can have various design types:

Driving the lightning rod on the basis of the tension systems

Driving the lightning rod on a "spatial cells"

It is important to know! Lightning need to connect to all available on the roof of metal objects: fans, chutes, ladders.

As an alternative to the construction of lightningroof can be used, for example, standing next to the tree (if it is, of course, higher at home on 10-15m). Lightning is attached to its top so as to be higher than the crown at least half a meter.

Then lightning arrester is connected to the current collector.

Functions and operation of the collector

The collector - is part of the lightning rod, whichdesigned to remove the charge from the lightning air terminal to the earthing system. This steel wire 6mm thick, welded to the Lightning, which in conjunction with lightning rods must withstand a load of 200 thousand amperes. It should be noted that welding between the two components of the lightning has to be very reliable to avoid loosening or gap between them (for example, from falling snow or formation of strong wind).

The collector on a wooden house

The collector is lowered from the top of the walls, nailingits straps, and sent into the ground to the grounding circuit. If several shunts, they lay on the walls at a distance of 25 meters from each other, and the most distant from windows and doors. We must remember that they can not be bent sharply (it may be a spark and result - ignition). 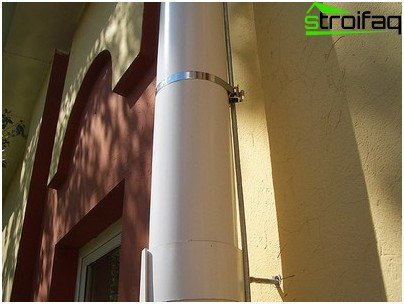 Attaching the collector to the drainpipe

Under the rules of the collector should be as short as possible, but at the same time it is necessary to lay close to the places of greatest risk: the edges of the gables, sharp protrusions, hearing the windows. 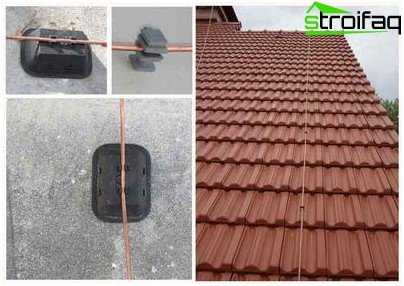 Mount the collector on the roof and walls

Ground lightning protection - a device thatIt provides reliable contact with the ground collector. This is a common circuit (for household electrical appliances): three electrodes connected together and driven into the ground. Well, if it is already there.

According to the rules, earthing and lightning protection of electrical household appliances should be shared. And if it does not, is not so difficult to make - earthing design is quite simple.

To do this, take the copper 50 mm2 or steel -80 mm2. Digs a trench depth of 3m and 0.8m, and trying to drive at its ends, steel rods (not completely). With the help of steel and welding rod connects the two. Welded to the design discharge to home, which is connected to the collector. Welded seams paint over, then hammered the earthing to the bottom of the trench.

It is important to know! Under the rules of the earthing have no closer than 1 meter away from walls and at least 5 meters from the walkways, steps and paths for pedestrians.

Ways to fix the system elements

Cables and wires, lightning rods, as well as the Current taps installed in 2 ways:

Tension system lightning rods setupcarried out with the installation of rigid anchors at the bottom, on the walls and on the roof, between which the cable is pulled. They are equipped with special tension clamps. The distance between the anchors can be up to 20-30 meters. On the flat roof are equipped with Lightning spacers (for example, plastic brackets) that keep them above the surface of the roof (from a distance).

On the walls and on flat roofs are usedangular and samozabivnye clamps that secure the dowels. On steep roofs, covered keramocherepitsey, much more difficult to fix clamps. It uses ridge clamps that are suitable in size and shape to the ridge tile. By the way, these clips can be selected in the color of tile, not to spoil the appearance of the roof when the lightning made cottage.

Fixing air terminal on the roof of ceramic tiles

Current taps Lightning and the need to communicate between themselves and with the elements of the house by means of special screw terminals, which are made of brass, copper or galvanized steel.

A few tips on care for lightning protection

Every year, before the season of storms, it is necessary to examine all parts of a lightning rod, and their places of attachment in order to make their replacement and painting if necessary.

Once in 3 years should check the serviceability of the compounds to clean the contacts, tighten the weakened connections or replace them.

Once every 5 years is necessary to open the grounding electrodes, check the reliability of their connections, as well as the corrosion depth. If the cross-section of rusted parts decreased by more than a third, it must be replaced.

We describe a simple but proven systemLightning protection of a private house. And, although it is now lightning protection for private homes does not provide power projects (for commissioning house its presence is not necessary), each owner receives their own decision on whether to install it. 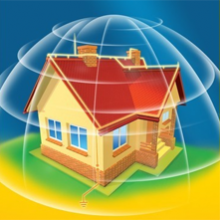 Grounding and electrical vanishing Our whole life is inseparable from all kinds of electric ... 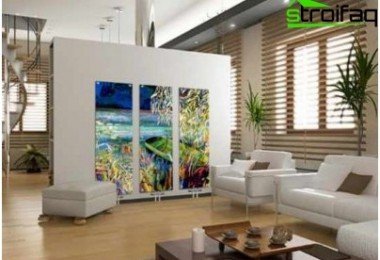 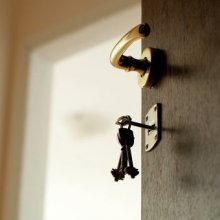 How to make an apartment from the developer After a long wait for most buyers to obtain ... 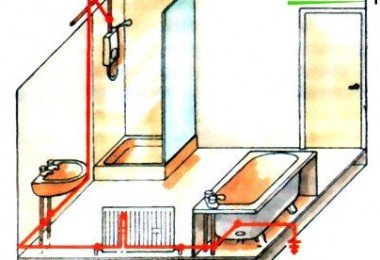 bath Ground To date, the bathroom has become a hot topic grounding. Earlier in the ground ...